The next event after the SkyHawks was the flight of a model Avro Arrow RC (Radio Controlled) plane. I don't know why they had models at an air show. Perhaps it is the pilot in me, but I was not even interested enough to take a single photo - until it crashed into that beautiful Harvard that was mere feet in front of me. Sadly, the Harvard had to be towed away. Had the model not hit the Harvard - it most certainly would have injured people.

First the bird strike, then this. Thankfully there were no more mishaps during the show ... and all went smoothly from that point on. But we did not get to see the Harvard.
Read More 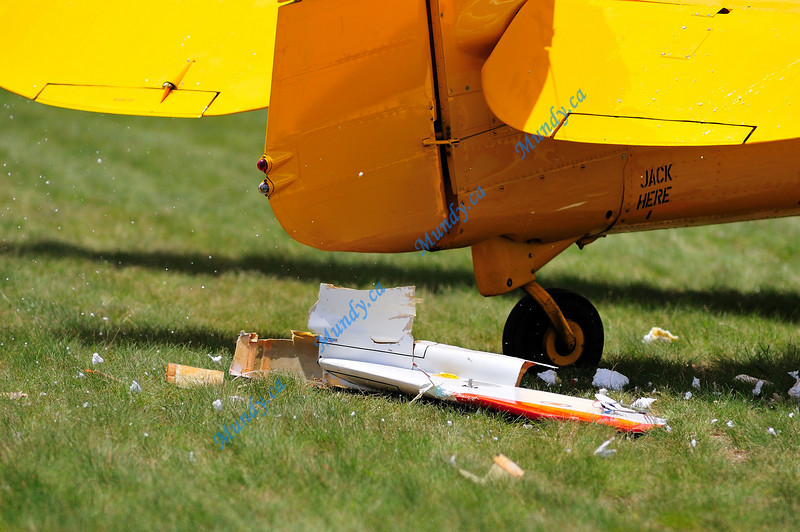 Immediately after impact. You can see pieces of debris still falling to the ground.