Ron Boyd was a humble man. Anyone who knew him knew that his greatest passion in life was Jesus (as is the case for every authentic follower). He discovered the wreckage of Toronto Maple Leaf William "Bashin' Bill" Barilko's airplane on June 7, 1962 - which had been missing for 11 years. He had four real engine failures during his flying career. All of them successful landings.

He taught me to fly his Jetranger and when my schedule permitted, and I was able to tag along, he would put in the dual controls so that I could get some practice in. One those jobs was the first PB (Park Burn) at a Provincial Park in Canada. Another was the filming of the maiden voyage of the Lancaster in Hamilton, Ontario.

He did quite a bit of film work for various TV shows and movies, and he turned down jobs for movies where he was not comfortable with the language in the script. The first time he demonstrated his auto-rotation technique (engine failure), he landed in a field, took off again and flew to another field and landed there - all without power.
Read More 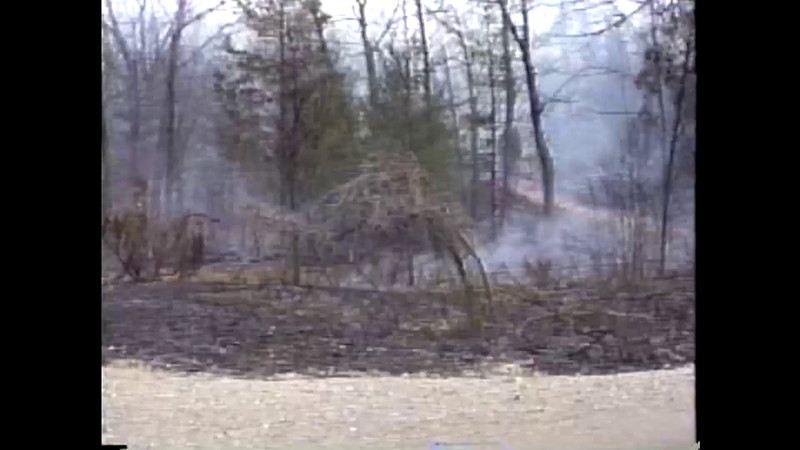 Park Burn from the ground. The natural life of a forest is that it gets very dry, and fires would clear out the underbrush that choke the forest. Man in his wisdom puts out all fires, and then in order to save the forest, we need to go in and burn out the underbrush in a controlled manner.