Ron Boyd was a humble man. Anyone who knew him knew that his greatest passion in life was Jesus (as is the case for every authentic follower).

He was a helicopter pilot by profession, and flew his own Jetranger which he kept at Hangar 3 at Mississauga's Pearson International Airport (YYZ). His registration was GARB, which he said stood for "God And Ron Boyd". Due to the number of jobs he had for the government, he had the only private aircraft that had a permanently installed government radio (at that time).

He taught me to fly his Jetranger and when my schedule permitted, he would put in the dual controls so that I could get some practice in. One of those jobs was the first PB (Park Burn) at a Provincial Park in Canada. Another was the filming of the maiden voyage of the Lancaster in Hamilton, Ontario.

See my other galleries for those.

He did quite a bit of film work for various TV shows and movies, and he turned down jobs for movies where he was not comfortable with the language in the script. The first time he demonstrated his auto-rotation technique (engine failure), he landed in a field, took off again and flew to another field and landed there safely - all without power.

During one of many searches in the area over the years he discovered the wreckage of Toronto Maple Leaf William "Bashin' Bill" Barilko's airplane on June 7, 1962 - which had been missing for 11 years. He had four real engine failures during his flying career. All of them successful landings.

In addition to this discovery, Ron was the first helicopter pilot to test fly the Imax mount and camera for the helicopter, and he did a lot of testing and development with the mount. He eventually flew for the filming of a lot of Imax films that were shown at Imax theaters. He did TV and movie work as well. Some shows that had combating helicopters he actually flew both parts, snapping on a different colour for the "other" helicopter.

Ron was a natural at flying. He soloed after only 3 hours of instruction, and was crop dusting at 15 hours. He was active in fighting forest fires in Northern Ontario. He was involved in many government Park Burns, including the first one in a Provincial Park in Canada. A Park Burn is the controlled setting of fire to a forest in order to clear out the dead undergrowth. He flew many dignitaries and politicians from Premiers to Prime Ministers. He flew film crews for many photo and video shoots including the filming of the top of the CN Tower being mounted and the maiden voyage of the restored Lancaster in Hamilton. Because of his many jobs with the government, at the time he was flying, his aircraft was the only civilian aircraft to have a permanently installed government radio.

He was a genuine follower of Jesus. He had great wisdom which comes from a healthy fear of God. He walked the talk. He would never be accused of being "lukewarm". I miss flying with him, and the great conversations we had. 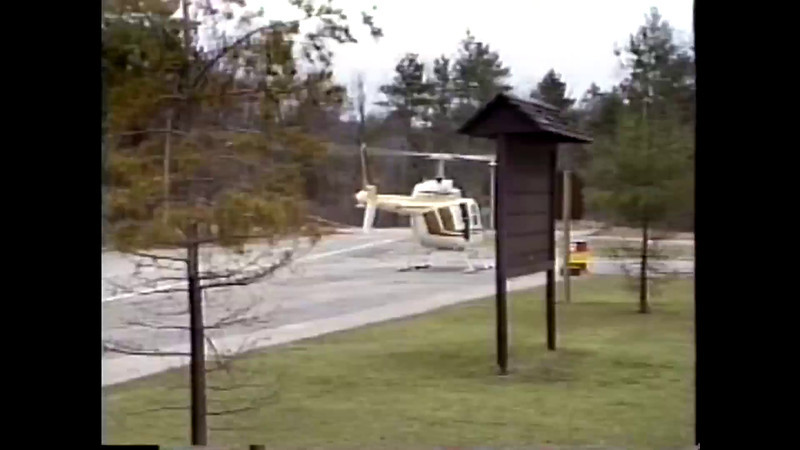