First year my bride and that other guy Wayne Gretzky appears at the school.
Read More 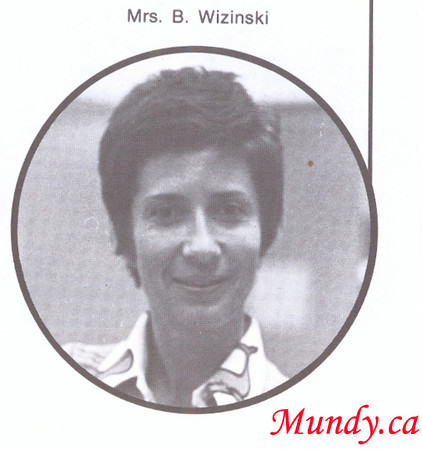 Wizinski must have had some serious personal issues. She wanted me to play in the Concert Band, but because I was in 3 bands already, I didn't have the time. So she would make up reasons to send me to the office. She thought it was punishment, but I looked forward to spending time with Mr. Purdy ... who I used to help with music at his church (unbeknownst to her).

One time I remember being in the practice room ... practicing ... and while in there, someone put honey on the outside doorknob, and Wizinski opened the door and got the old "sticky hand" treatment from some mean person. Of course she thought I did that from within the room so --- you guessed it --- off to the office once more.

I got lousy marks in music, just because I would not play in the concert band. So petty.

But, I was playing in other bands with Doug Lynch and Phil Robertson (now a professional drummer) ...